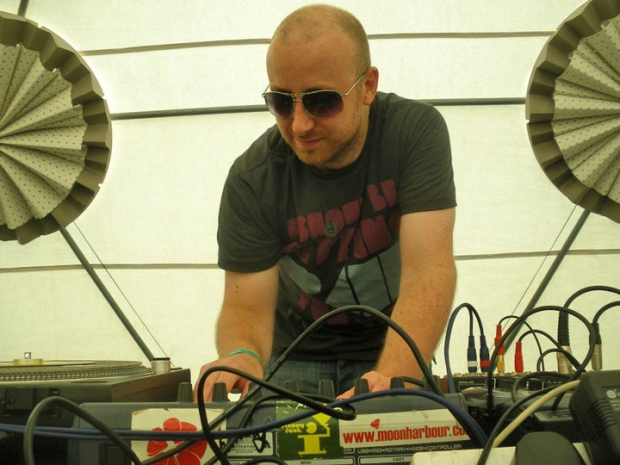 Tom comes from the North Wales hills, where his family initiated him to musicfairly early. He started influenced by his brother Joe and his very close friend Leif. This Dj and live peformer, whose incredible talent is already an accepted factfor everyone, is spending his time to create his own musical style: a rich, deep, funky and meticulous Minimal, definitely dancefloor-oriented and released at a crazy paceon such labels as Hartchef, Minibar, Logistic, Trimsound, Mindtours etc.

His last LP out last year on ressucitated french label Telegraph is entitled « Sex, Drugs and Sausage Rolls », is a kind of sonorous miracle with extremely well crafted rhythm parts which is rare enough nowadays to be noticed, making us forget about the constant mediocrity of many tracks in this particular style. In order to provide you a bit of taste of his next album « French For Clouds » to be released also on Telegraph soon, Input Selector purpose you to discover the fiftieth episode of his podcast, an amazing live set recorded specially for us by this Minimal-groove master, to enjoy with no moderation.

Hi Tom, first could you say a few words about yourself and your music ?

Hey guys, yeah sure. I was brought up in Wales (UK), with a great family who i’m very close to, and who’ve inspired me and supported me my whole life. My Dad & Brother’s record collections were amazing as i was growing up, so I was exposed to a massive variety of amazing music. My dad has always had musical things around the house, so i was lucky to have access to weird FX units and drum machines and stuff when i was a kid. I started off learning guitar and slowly got into sampling and computer sequencers and stuff. My brother gave me my first PC and i was instantly fascinated. Since then, there haven’t really been many days where i’ve been away from the screen! haha. I love it! I love learning and experimenting with the endless possibilities.

You are the co-founder of the label Trimsound, created in 2004 for your productions as well. Where did the idea of starting your own imprint started? Was it created to fill a gap as there were not many labels like yours before? Is this music better known nowadays than it used to be in the past?

I’ve always been quite detached from « the scene », so i’ve never really had a good idea of what other people are doing. So at the time i dont think i realised that we were doing anything that different, it just seemed like a good way to get our music out there and for us to be able to make the choices of what gets released. In the early years of 2000, I got to play some of my early productions at parties with people like Leif, Steevio (Mindtours), my brother Joe and a few other friends, and some of the stuff i was doing seemed to work. So after Leif and I made our debut release on Mindtours, in 2003 i think, Steevio’s positive vibes and encouragment gave us the confidence to try and launch our own label. A lot of it has been down to Leif though, he’s much better at business things than i am. If he hadn’t made such a wicked effort, i’d probably still be talking about the idea of starting a label now! And i think Leif probably had more of an idea of how Trimsound would fit into the industry than i did. In Wales at that time, there didnt seem to be much call for what we were doing, people were into really hard and fast techno and trance, but for sure it’s better known these days than it was then. We used to play in some very empty clubs back then, but now there’s loads of promoters bringing this kind of music to Wales.

You received a guitarist formation. The sound you make seems to come very straight out of these bassist skills you have, which highlights the quality and the unique sound of your music. Some people would say that « electronic music producers are fake musicians » or that electronic music is a « minor art ». What’s your point of view about this?

Thanks for your kind words. I guess it’s an interesting time now, when people don’t need training in music theory in order to make music. Some interesting things could happen. I don’t think there’s anything fake about electronic music producers at all, but i think nowadays it’s easier for people to create and release music, so we’re exposed to the whole spectrum of musical abilities – i guess that could lead people to have jaded views on certain types of music. Some people are really pushing some boundaries with electronic music, and i guess sometimes an ignorance or disregard of traditional methods could be exactly what’s needed to change the rules and help move things forward. But i think you can always tell how well a producer understands music theory, or whether they’ve learnt to play an instrument or not, and for me it always seems to stand out when someone displays a good understanding.
In one sense, i guess the electronic musician has to be more skilled than musicians in the past. They take on the role of musician, engineer, producer and composer all at the same time.

Year 2007 seems to be a milestone for your career, with a serie of releases on well-known labels such as Morris-Audio, Moon Harbour, Floppy Funk or french labels Frankie and Logistic. What change did it bring to your productions? Did it give you the opportunity to launch something new, to get rid of a few rules?

It definitely made me think about what i was doing a bit more. I suddenly realised people were hearing what i was doing, and that maybe i should take a little more time over my work. At first i was just trying to entertain myself. I didn’t really think most of what i was sending out would get picked up and released, so it was quite weird when i suddenly realised how much of my music was getting out there that year. I got loads of bookings because of those releases though, although i dont think i was quite ready to play out so much; I was playing a lot of unfinished work, sometimes it worked and sometimes it didnt, but it was a great learning experience, and it led to getting a better idea of what people like to hear on the dancefloor. So yeah, it pushed me to try and think about what i was doing a bit more, both live and in the studio.

Once out of the studio, live takes a great place in your artist life. Could you tell us more about the « Trimsound Live » project you created with Leif?

I love playing the trimsound live stuff. For the setup; Leif & I have a laptop each running ableton with a few controllers, i have a bass guitar and leif has a conga; and we play mostly live mixes of our own tracks, but with a few cover versions and remixes thrown in too. It’s so much fun playing bass in a club, and it always gets a good reaction. And it’s always more fun having someone to travel with and share the experiences with too. We’ve had some amazing trips playing around Europe, and even as far as Tokyo. But recently, we haven’t had much time to work on it as much as we’d like to though. We’re living at different ends of Wales at the moment, but i’m sure we’ll get back on it again soon.

Have you got some projects you’re working on at the moment? Releases to come?

I’ve just finished another album which will go out on trimsound digital soon, there’ll be some remixes from Leif, Keinzweiter, Ed Arcade & Paradroid and Ana+one, and some good mates from Twaddle (Leeds) will be doing some remixes too. I hope people like it, there’s a bit of a downtempo feel on the album, which i thought would be nice for a summer release. I think Artistika (Naples) will be releasing a single from the album on vinyl soon too.

I’m working with a couple of new singers at the moment, so there could be some interesting new tracks coming soon. I’ve got ideas for getting a live show together with vocals, drums and percussion, and bass guitar,or something along those lines, maybe a project with a new name and some new styles, i dont know for sure yet but i’d love to try and do something a bitmore challenging.

I’ve also been doing a few remixes recently. There’s one on Neovinyl, that’s just been released, that’s getting some great feedback at the moment.

Could you tell us a few tracks or artists who influenced your productions mostly?

Matthew Herbert and Jazzanova have always really inspired me. And I’ve recently been getting into Little Dragon a lot, they’re amazing. Moodymann too, love his stuff. There’s so many tracks that have changed my life though, too many to mention really. But i dont really listen to much dance music for some reason, it’s usually funk or jazz. Every tune i post on my facebook page has had a massive influence on me, so find me on there if you really want to know the tracks 😉

One last word for our Input Selector followers?

Thanks for taking an interest in what i do

Huge Thanks Tom for this interview !

No problem, thank you for the oppertunity and support guys. Keep up the good work! 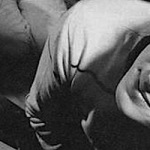